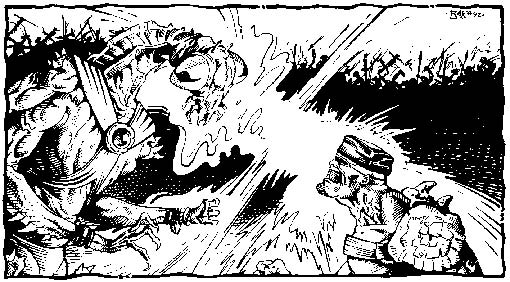 (c) Wizards of the Coast The Will and the Way

Psionics have always been a part of the Dark Sun setting. Within the cultures of Athas psionics are referred to as the Way of the Unseen. They are a utilization of inner power, a blending of the physical and spiritual energies to create fantastic effects.

Psionics are in a simple phrase, magical-like abilities that come from the inner power of a creature. These powers often are seen as coming from a creature's thoughts, such as ESP and telekinesis. They were also seen as being able to invade and damage another's thoughts, such as Dominate and Ego Whip. Many powers are able to shape or know the physical world with powers such as Molecular Agitation or Clairsentience. Lastly, using inner energies a character was often able to manipulate her own body using powers such as Accelerate or Body Weaponry.

While many of the effects of psionics can seem like magic they were often differentiated in that they had to do with ones own mind or a small number of others, usually one. Where a wizard could blast a whole room using fireball, a Psionicist (from AD&D 2e) could often cripple a single foe with devastating effects. Since many of the effects were not similar in nature, psionics and magic were initially seen as separate forces that did not directly affect each other. In order to differentiate the psion from the wizard these types of thematic indicators should be recognized and brought forward with D&D 5th edition. 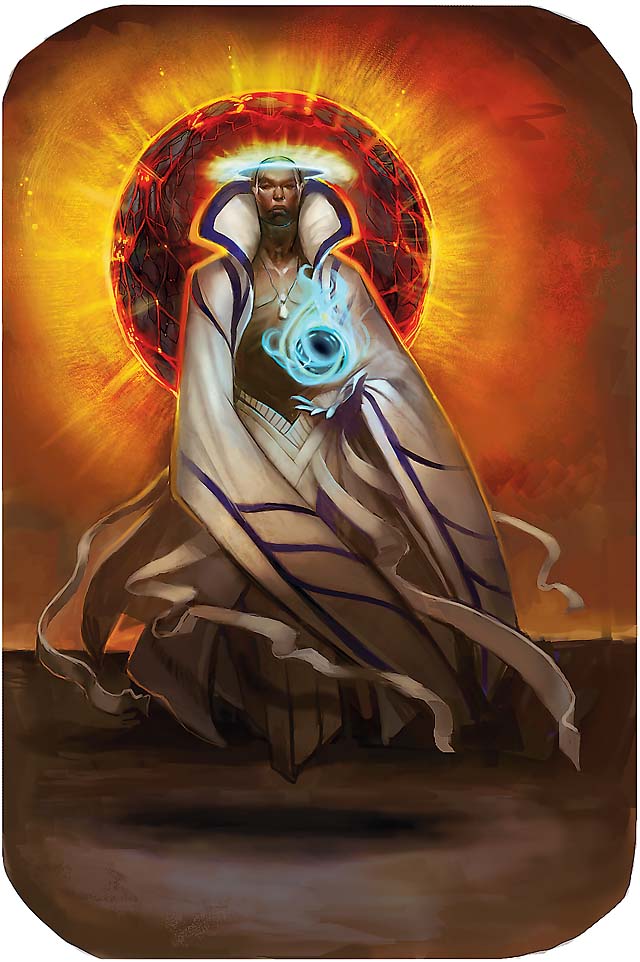 This differentiation caused some unforseen consequences in the game, such as creatures not having adequate defenses against psionics. This was modified in 4e by ruling that psionics and magic could affect each other. However; the previous split is an important part of the lore of Dark Sun, psionics and magic; while intertwined in some ways, are different. This bit of lore further separate the common psionic user and the reviled wizards of Athas.

Prior editions split up psionic powers into disciplines based on ability scores. In 2e they were given pseudo scientific names (which may have turned many fantasy gamers off) and in 3e they kept with the divisions, but renamed the disciplines to more easily recognized names. Each discipline was connected to a single ability score. While many suggested this Multiple Ability Dependency (MAD) was a weakness of the class, due to characters not being able to use all of a classes powers, I always viewed the Psionicist more as a separate class for each discipline. In 3rd edition they kept 5 of the disciplines, got rid of the MetaPsionic discipline and added the Shaping discipline. The only mistake here I believe is adding the Shaper and their ectoplasmic powers which felt very tacked on and unneeded. The idea of a multitude of specialties based on ability score and simple names for the disciplines seems a core aspect of psionics.

The Complete Psionics Handbook initially split each discipline's powers into two group the more powerful Sciences and the lesser Devotions. 3e did away with that distinction and it could be seen as coming back a bit with At-Wills Vs Dailies in 4e. From this examination the idea of two tiers of powers within each discipline are required. 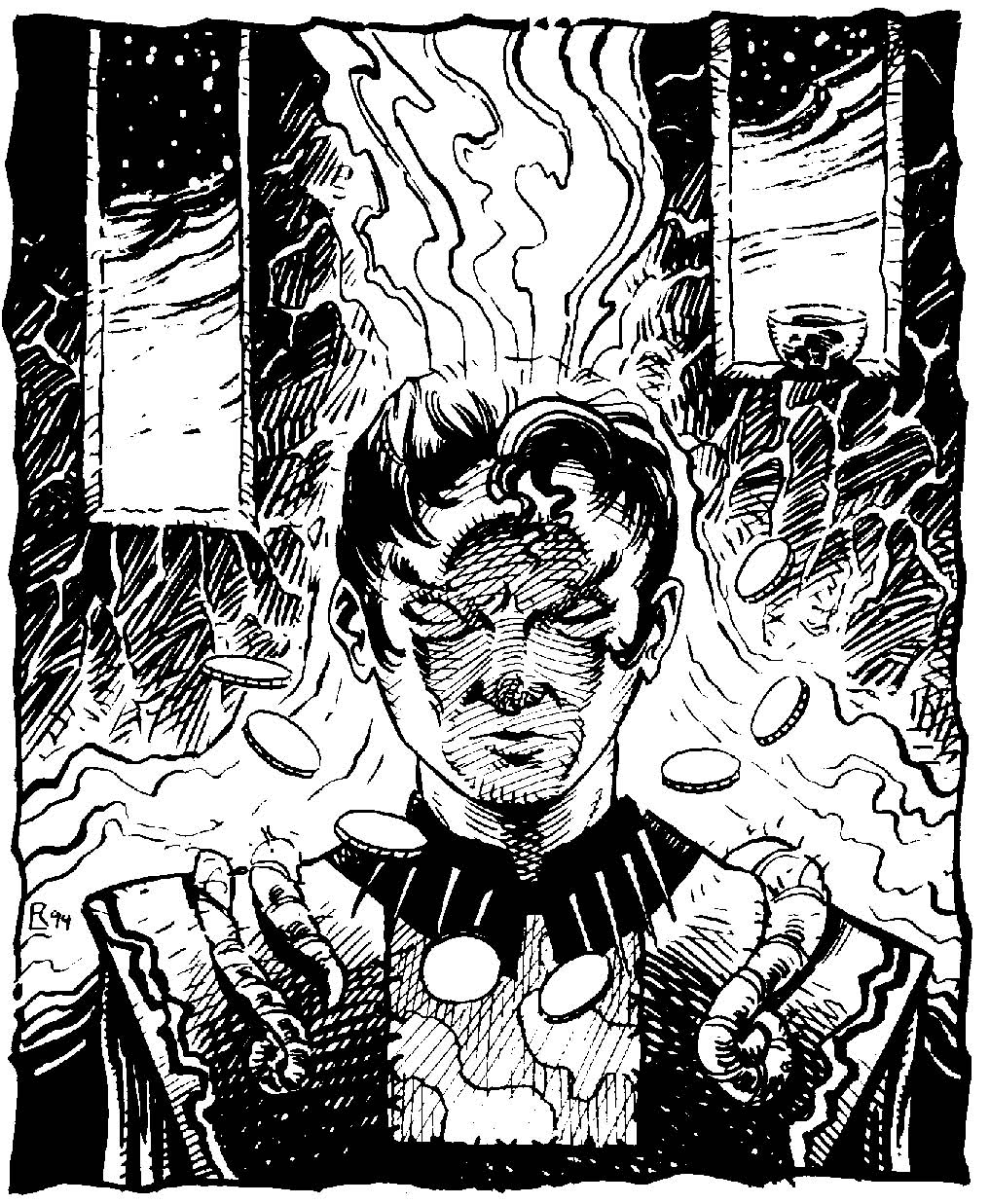 (c) Wizards of the Coast The Will and the Way (2e)

Aside from the differentiation of types of psionic powers, was actual psionic combat itself. 2nd Edition AD&D brought up the idea of separate mental combat and The Will and The Way furthered this paradigm by introducing the Mindscape along with Harbingers and Constructs. The basic idea was that in order to affect another's' mind a psionicist had to breech their mental defenses. This was a novel and interesting sub-system involving the defender picking a Construct(defense) and the attacker picking a Harbinger (attack) afterwhich the two powers would interact based on a table; however, it seemed to slow the game down and with many creatures outside of Athas not having mental defenses, a psionicist would often destroy them and could unbalance the game. The Way of the Psionicist from the Revised Dark Sun boxed set introduced a system of Mental Armor Class and Mental THAC0 to try and combat the psionic discrepancy to limited effect , while 3rd edition completely did away with the paradigm. 4th Edition allowed attacks against Will model the attacks against the mind. All of these changes allowed non-psionic creature to have defenses against psionics, in doing so they removed a defining feature of psionics, mental combat. This aspect was a huge differentiator to other types of magic-like abilities that characters had in the game, again these thematic differences should be kept going forward in some fashion.

Psionic items were limited in 2nd edition in that they could only be made by very powerful psionicists and they were always intelligent creations. They were a bit unwieldy, but again brought an immense amount of flavor to the game and the Dark Sun setting. In 3e they made psionic items more like magic items, which made them more available and usable, at the loss of unique flavor. 3e also brought in the idea of using crystals as psionic items to great effect for various items. 4th edition psionic items seem little different than magic items. I don’t think psionic items need to be intelligent going into D&D 5th edition, but I do feel like they need some sort of differentiator to magic items. Perhaps they can require a use of psionic points to power them or, lacking power points perhaps Hit DIe or HPs.

Psionic in D&D 5th edition likely wont be out for a while, but hopefully these thoughts will linger in the back of the designers' minds if they happen to read this article. In summary many of the above suggestions point to a differentiation of psionics as mental powers from other power sources. The use of disciplines by ability score is a good differentiator from other classes and the inclusion of power points to fuel powers in any given discipline is a must. Psionic combat should have some sort of mental combat that is slightly different than physical combat, but that doesn't take extra time from combat. Psionic items should have different uses than magic items, have a personal power source (HPs or hit die) and the inclusion of crystals in psionics has a good thematic feel.

What are your dreams for Psionics in 5th edition Dungeons & Dragons? Comment below