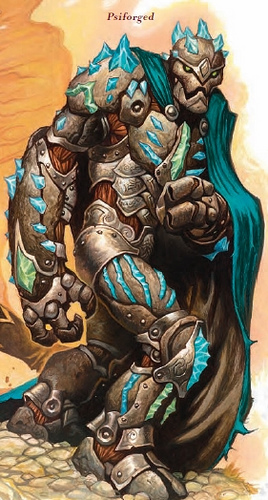 Recently, the Kraken’s Kiss arrived in Balic’s port with several items of interest beyond their usual trade of cloth and giant hair from Draj and elsewhere along the coast. While traversing the Estuary of the Forked Tongue, they came upon a skimmer wreck recently revealed after storms blew away silt from long leagues of shoreline. Hoping to find something of value from the wreck, the captain ordered his crew to investigate, but found the only thing intact on board to be a series of clay tablets upon which runes were inscribed. Not being able to read, the captain felt that some coin might be made by selling the tablets to scholars. In port, modest sums changed hands and the tablets found their way to a low level Balican Templar with an interest in ancient writings. These tablets were at first little interest to him since they were written in the common tongue of modern times. Reading the tablets however revealed that they were not only over a hundred years old, but described a journey to the ruins of Waverly. Some of the tablets were too worn to be read, but the fragments that remained told of only a single treasure deemed worthy of record.

Strewn on the ground throughout the city were small shards of obsidian, some appeared to be shattered orbs of different sizes. It was unclear as to why they were present, but the city seemed to have some use for them. Portarian maintains the ancients used obsidian to channel the Way, though that is hard to believe since there is too much here to have ever been used for such a purpose. When we happened upon an intact sphere, Lord Patrician Araxius commanded that they be destroyed so as not to have a repeat of the incident 3 days past.

During the Green Age of Athas, psionic vessels in the form of obsidian orbs, or Guardians, had been used as psionic laborers. This practice was common among the greater Green Age Kingdoms, especially in the city of Saragar and the island realm of Waverly. These vessels were not inherently psionic and so needed a mind to power them, though a mind forced into such servitude lost any identity it had in its former body.

-worn away-… and read thusly from the ancient tongue: “The Grand and Mighty Uyness declares the orkes a plague which must be wiped from the world so that Waverly’s waters will again be open and its people free of molestation and suffering. She then decrees that as a poultice cures, the warforged will be purposed to help cleanse the world of the orke infestation.” The word “orke” is from the original tongue as I have no translation. The word “warforged” is my translation. The literal translation is “minds that create warriors”.

Before it was known that the cleansing wars’ intent was the extermination of various races, the Champions of Rajaat stoked fear into the hearts of their people against these races. Uyness of Waverly, charged with the destruction of the orc hordes of Athas, found that even with the support of her people and the ranks of soldiers it provided, the orcs were still an enemy difficult to overcome. To strengthen her ranks she commanded the greatest of Waverly’s psionicists to take the orbs and use their abilities to power mighty constructs that would be tireless warriors and a plague to the orc hordes.

The constructions were as large men, and made of wood, bone, and chitin with a great obsidian orb within them… silent and unmoving. A large crystal, the size of an erdlu egg, was on a pedestal in the room and upon touching it Portarian and those near him collapsed to the floor and could not be revived. We left immediately with the room and its contents untouched so as not to follow Portarian, Relius, and Kolun to their fate.

There is no known record of warforged during the cleansing wars beyond these tablets. If they truly did fight the orc hordes, the orcs did not live to spread the tale. What is certain is that the psionic ability to create them is lost and those remaining may be the last in the world. If a warforged does find its way to the world after 2000 years of slumber, it may find it has an innate understanding of the Way. Whether these “psiforged” (Dragon 389) acquired such powers from the inherent nature of their creation or from some remnant of the psyche used to power it, none cannot be certain.