Secrets of the Hidden Defilers 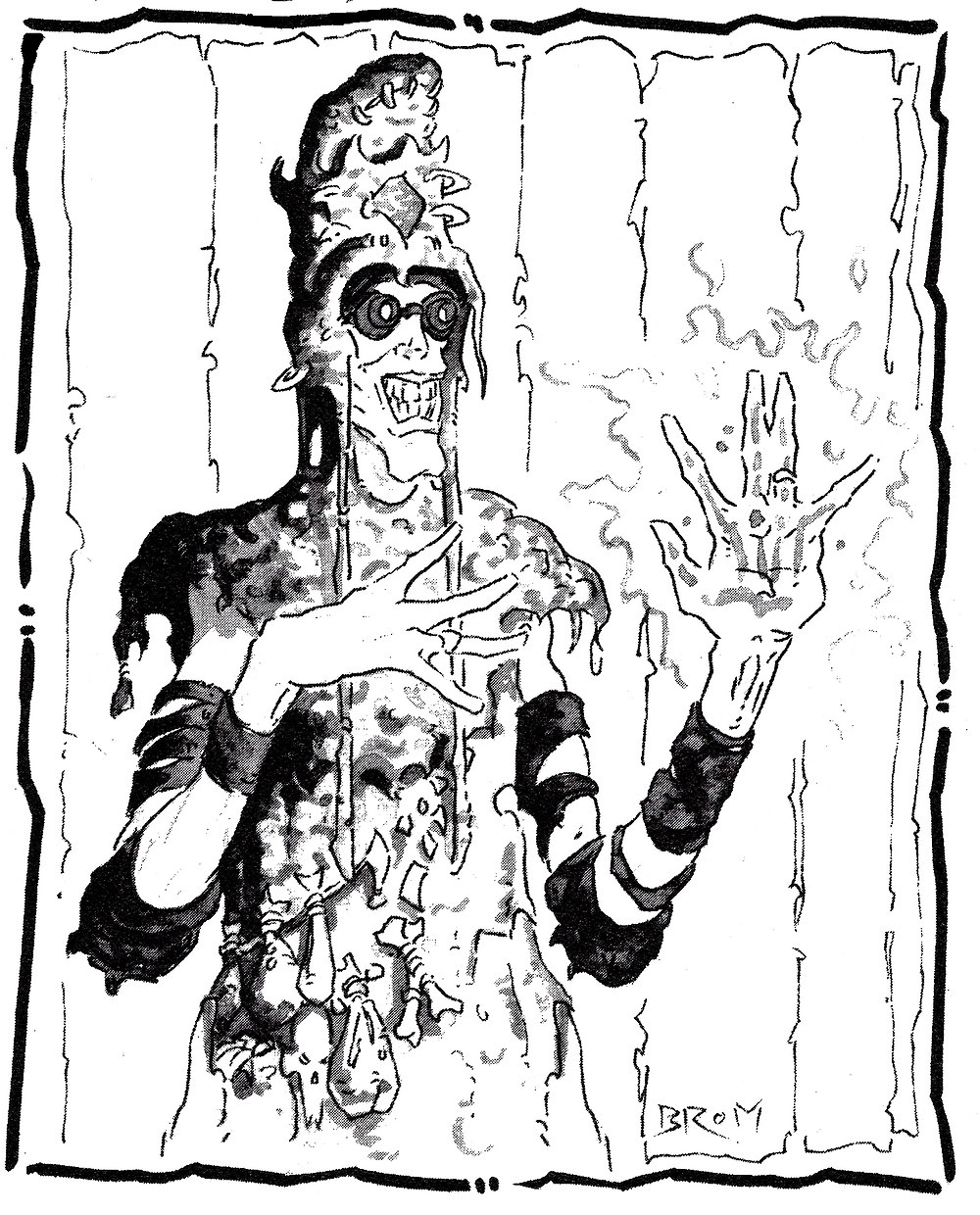 Ramiras lay hidden on the edge of the side roof of the Greasy Kank. The occasional wind stinging his eyes with dust, and yet, he remained at his observation post as Klara, the senior Alliance member in his group had asked him to do. He was to look out for a man almost as tall as an elf, sporting long wavy dark hair, with a twisted and gnarled left arm that would make it easy to identify him. Ramiras waited for three hours, with the red sun rising and heat beating on his cloak, and sweat trickling from his brow.

At last, he saw his target just as described. Klara wanted confirmation that the man was a wretched defiler. For this, an elaborate set-up was in place, with local street thugs attempting to mug him (albeit with a little Alliance magic to help them). As the dark-haired man reached the corner of the street, the assailants struck quickly and brandishing their bone daggers, they accosted the man, who quickly recovered from his initial surprise. Ramiras watched as the man deftly uttered arcane syllables with a quick flurry of hand gestures. A dazzling array of flashing colored lights came from one hand toward the would-be assailants, while he held a small jagged piece of black stone in the other. In an instant they cried out to each other, unable to see. He continued to walk seemingly unfazed by the thugs.

There were also no tell-tale signs of defiling from the man - the dark mottled green-black tendrils that briefly appeared when a defiler cast a defiling spell were not present, nor was there destruction of vegetation in the apothecary shop next to him. Ramiras would report to Klara that the man was no defiler. He was most likely an independent preserver operating in the city.

Excited at the prospect of having another ally, Ramiras reached out with his minor talent in the Way to briefly contact the man telepathically. Expending his meager psychic reserves, he sent a simple message “The veil can protect you.” Ramiras glanced down at the man in the streets. The man gave him a slight smirk and continued to walk briskly away.

Ramiras lay on the roof, dreaming of the accolades he was to receive from Klara. He had outdone himself, he thought. It was then that Ramiras noted a commotion directly below, as templars and their soldiers rushed into the inn. In that instant, he heard the roof hatch open behind him. A yellow-cloaked templar with a crazed look about him exited the hatch, yelling ‘Defiler!’ and pointing an obsidian-tipped spear at Ramiras.

In shock, Ramiras thought ‘How?’ as the spear pierced his back and erupted out of his chest, the templar angrily screaming Hamanu’s name as Ramiras’ body went limp, his life fading to darkness.

Arcane magic on Athas is reviled and despised, rightfully blamed for the current state of the dying world. The vast majority of sentient creatures make no distinction on the differences between preservers and defilers. In the cities, almost all users of arcane magic must remain hidden or feel the weight of the entire city upon them. Defilers attempting to reside in the cities must use their magic discreetly to avoid such detection. Yet it is this very same magic that carelessly announces their presence.Enterprising and canny defilers have found methods that allow them to remain in urban areas mostly undetected and, more importantly, without drawing the ire of citizens or templars.

Many sorcerer-monarchs keep a retinue of defilers in their employ to conduct experiments and other magical tasks that are beneath them, while others are hired as spies or to conduct patrols with templars. To facilitate their ability to operate in the city-states, sorcerer-monarchs have created several magical items that prevent the wholesale defilement of their verdant lands.

Making use of the derogatory term for which its possessors are known, a lackey’s sigil is a two-inch wide bronze medallion etched with various arcane symbols. It is normally given to a king’s defiler, as a formal recognition that he is in the employ of the king and thus sanctioned to cast magic without fear of reprisal. The lackey’s sigil is a mystical conduit tied to a* tree of life* in a sorcerer-monarch’s garden and siphons away the effects of defiling from a defiler and transfers them to the linked tree of life. The gift of this sigil to a defiler is often the first step of recognition that can lead to the use of more powerful items, like a sanctum amulet (Athasian Emporium, Chapter 3: Items of Power) While worn, defiling spells will drain one charge of the sigil for each level of the spell cast by the wearer (including metamagic effects). The effects of a lackey’s sigil are limited and only usable when within five miles of the tree of life attuned to it. Spells higher than 9th level cannot be powered by sigils. Lackey’s sigils are made of varying strengths. Normal lackey’s sigil can be used with spells of 6th level or lower and contains 20 charges when first created. A lesser sigil can be used with spells of 3rd level or lower and contains 10 charges, while a greater sigil can be used with spells of 9th level or lower and contains 30 charges. Once all the charges have been expended the sigil becomes inert.

This small, always warm jagged piece of obsidian is a potent aid to defilers who want to keep their spellcasting secret or are masquerading as preservers. A lifeshard is a repository of life energy that has already been gathered and stored for future use. A lifeshard contains and replaces the life energy of a given radius of defilement at casting. Lifeshards contain concentrated life energy equivalent to a 5 to 45 foot radius of defilement in a verdant area. The energy of the shard is used instead of the normal defilement radius associated with casting the spell. Lifeshards are used during the casting of a spell as an additional material component and are consumed once the spell is cast. If not enough energy is contained in the shard for the casting of the spell, normal defilement occurs around the user for the difference needed. If a lifeshard powers a spell and still has an excess of a 5 foot radius or more of energy than necessary for the spell, the caster gains a +1 bonus to his caster level, just as if he had extended his casting time (see DS3.5 Chapter 6: Magic and Psionics).

This small, slightly translucent obsidian orb has fiery veins just beneath its surface, glowing and pulsing when you draw life energy to power your magic. A orb of darkest defiling uses life energy to empower its possessor. While holding the orb, damage suffered by plant creatures while you defile (including with the use of the Exterminating Raze feat) is directly transferred to you as temporary hit points. This effect is cumulative and lasts for 1 hour. Once per day, while holding the orb of darkest defiling, when you slay a plant creature with your defiling radius, you gain a +2 bonus to Strength and a +2 to your effective caster level, improving spell effects dependent on caster level. (This increase in effective caster level does not grant you access to more spells.) These effects last for 1 hour.

The items above are created with the 3.5E rules edition, recommended changes for other editions of D&D are provided below.