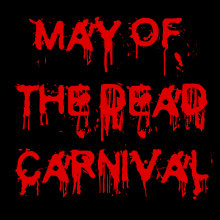 
This place resonates with echoes of long forgotten wars. While the names of those forgotten may never be uttered again, their deeds live on in glimpses of psychic memories.

The Fall of the Wemics The destruction of the Pride of Wemicdom by Tectuktitlay, Wemic Annihilator, was one of the faster and highly environmentally destructive campaigns in the history of the Champions.

Another ancient unofficial article found in the web archives:

According to the Draji religion, a faith propagated by centuries of state sponsorship, King Tectuktitlay is the supreme temporal and spiritual authority of the cosmos, a kind of perfect incarnation of the spiritual forces of Athas. The Draji are taught that their King is the creator of all life and is responsible for investing the world with order and purpose. Unlike their neighbours in Raam, the people of Draj largely believe what the Moon Priests have taught them and they look upon Athas as world with their own King as its necessary centre. In Draj, as in Gulg, it is the state religion which dominates Draji identity and outlook, making it one of the more stable cities of the region, and certainly the most arrogant.

The Net Projects were a series of projects created by members of the Dark Sun mailing list during the late '90s to flesh out the Dark Sun setting.

An ancient unofficial article from the depths of the internet:
The Dray, the draconic race who dwell far beneath the scorched surface of Athas, owe their fearsome form to a transformation wrought ages ago upon the band of humans who then served under Dregoth. However it was not only the bodies of his people that the Dread Lord saw fit to alter to his liking, but also their hearts and minds. This was achieved long before the physical transformation, when he fashioned for them a new religion, one which places himself at the centre of a cosmic drama in which they would play a vital part.

In the late 90's a series of unofficial Dark Sun Netprojects were created on the Dark Sun mailing list. This list of Athasian Armor is one such project. The multitude of second edition stats for armor allowed a variance of each type of armor made from different Athasian creatures, creating a rich, detailed setting.

In the '90s a series of Net Projects were coordinated on the Dark Sun Mailing List. This project was about Dark Sun equipment.

Abalach-Re was one of the Sorcerer-Monarchs the Heroes of Tyr killed in the events of the Prism Pentad, or was she?

An Unofficial article brought forth from the archives. This article was originally part of the Sand of Athas netzine (more articles and info forthcoming)

Outpost Kaprak was a small, remote storehouse and waypoint for House Malaxi, a once-great merchant house that fell on hard times.